A few day ago, our member in Colombia organized the First International Feminine Online Aikido Seminar and the feedback was great, reaching to over one hundred thousand people around the world. Here is a nice report made by the organizer, Germán Santamaría Sensei.

”During last weekend, 25th and 26th of July 2020, the “first feminine international aikido seminar online” was held through Live Facebook on the Colombian Aikido Federation’s Facebook page (Federación Colombiana de Aikido FCA) in which I have the responsibility of being the President and the Technical Director.

For this activity, we counted the presence of female Aikido instructors and masters from a large part of Latin America: Argentina, Chile, Uruguay, Brazil, Venezuela, Bolivia, Peru, Colombia, Panama, Mexico and, as a special guest, the Netherlands. This event became a point of reference not only for Akido in the world, but also for many different martial disciplines.

Besides having the endorsement from the International Aikido Federation (IAF) to whom I am profoundly grateful, we had also the endorsement from the Japanese Embassy, the sports and recreation institutes of Chia and Cajica, as well as from each of the federations from the participant countries registered to the IAF and others who are pending in being recognized by the Aikikai Foundation and the IAF. We have also had the participation of many countries from America, Europe, Asia and Africa.

The seminar begun on Saturday, July 25th, at 9 a.m. with the protocol greeting by the President of the Colombian Aikido Federation, the greeting of the Mayor from Cajica, the architect Fabio Ramírez, who also is an Aikido student, and the greeting of the Mayor from Chia, Luis Carlos Segura. Finally, we had the inauguration greeting from Kei Izawa, the Chairman of the International Aikido Federation.

Classes begun the same Saturday at 9:30 (Colombian time) and Argentina finished the Journey of the day, together with the intervention of the Chairman from the International Aikido Federation, Kei Izawa.

The next day, Sunday July 26th, the seminar continued with a class from Mexico at 9 a.m. and ended at 17:30 with the class and talk from Satomi Ishikawa Sensei from the Netherlands, Copresident of the IAF Gender Balance Working Group.

I wish to emphasize the impressing result of this seminar, to the date, Monday July 27th, in morning hours: 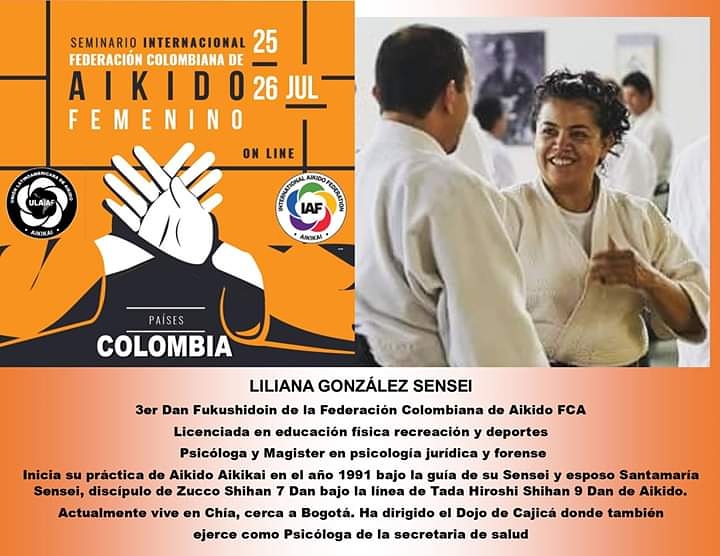 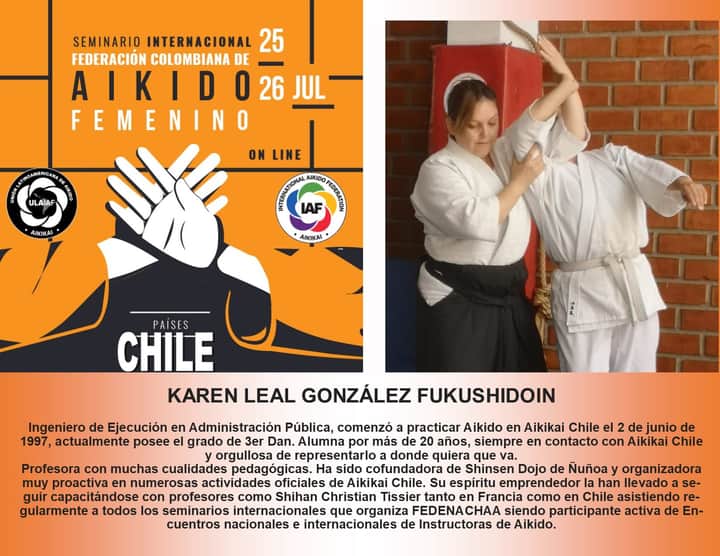 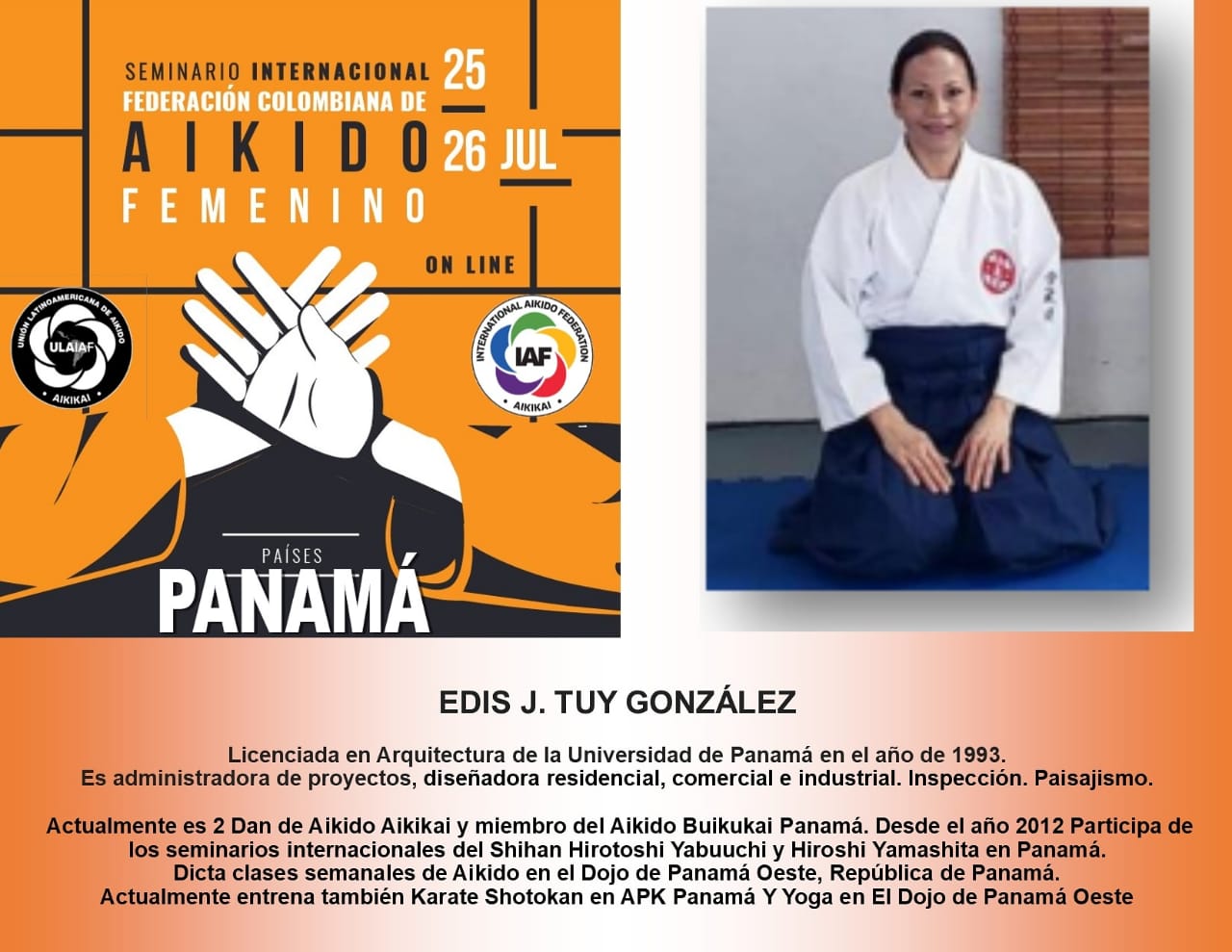 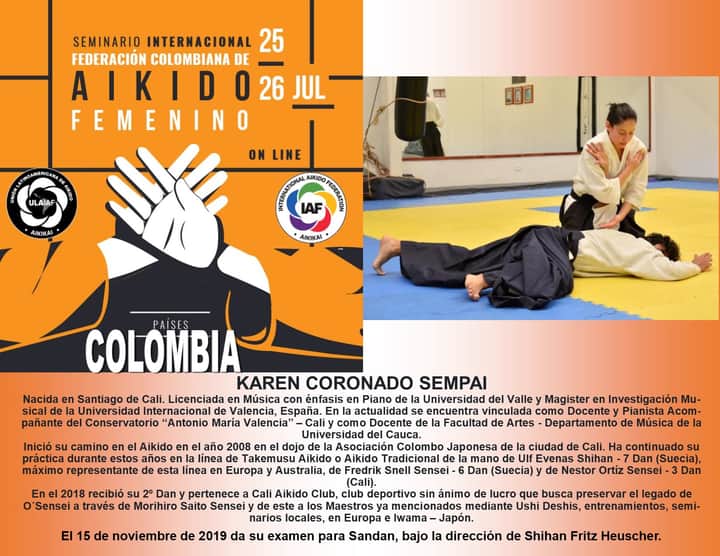 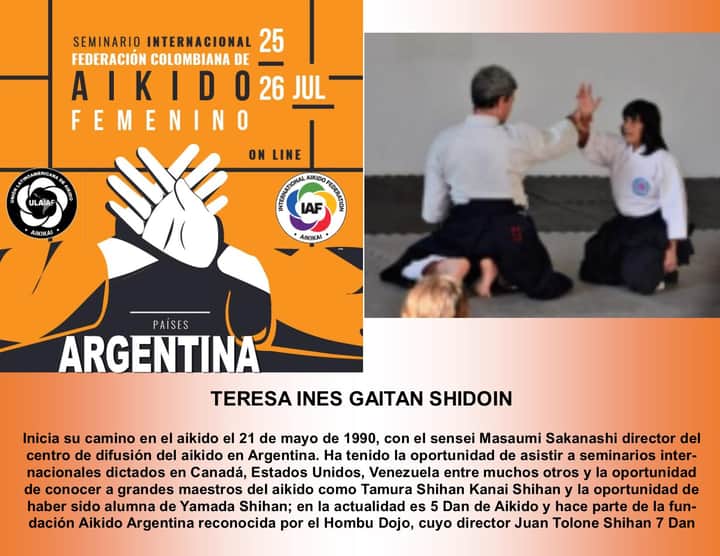 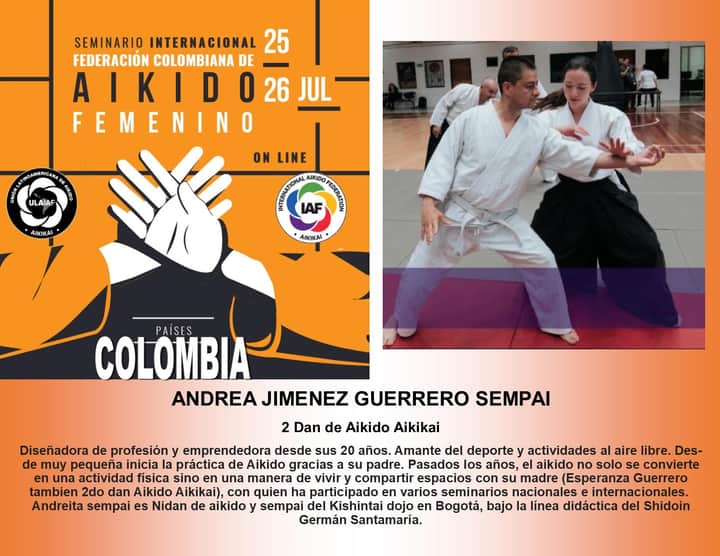 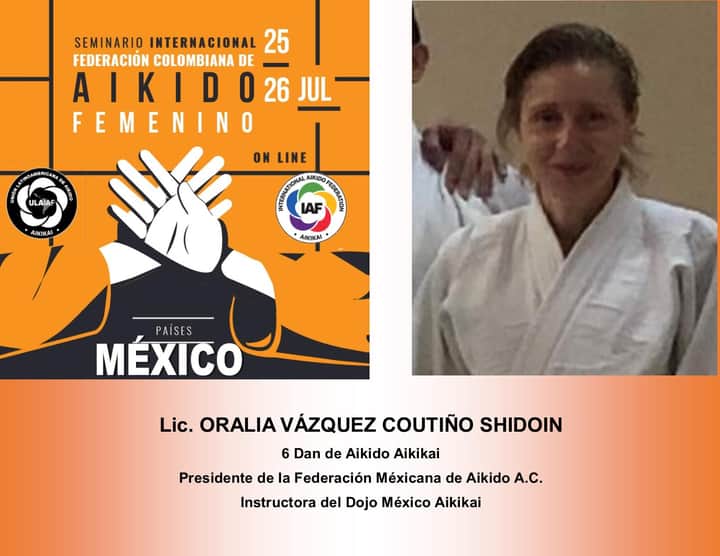 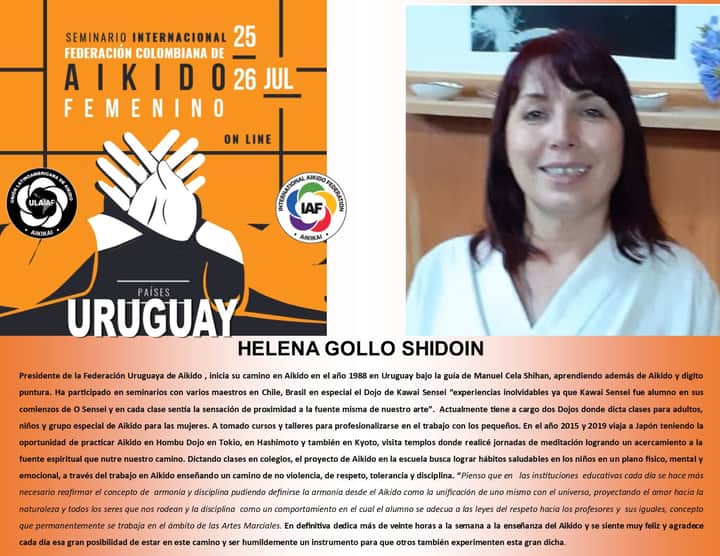 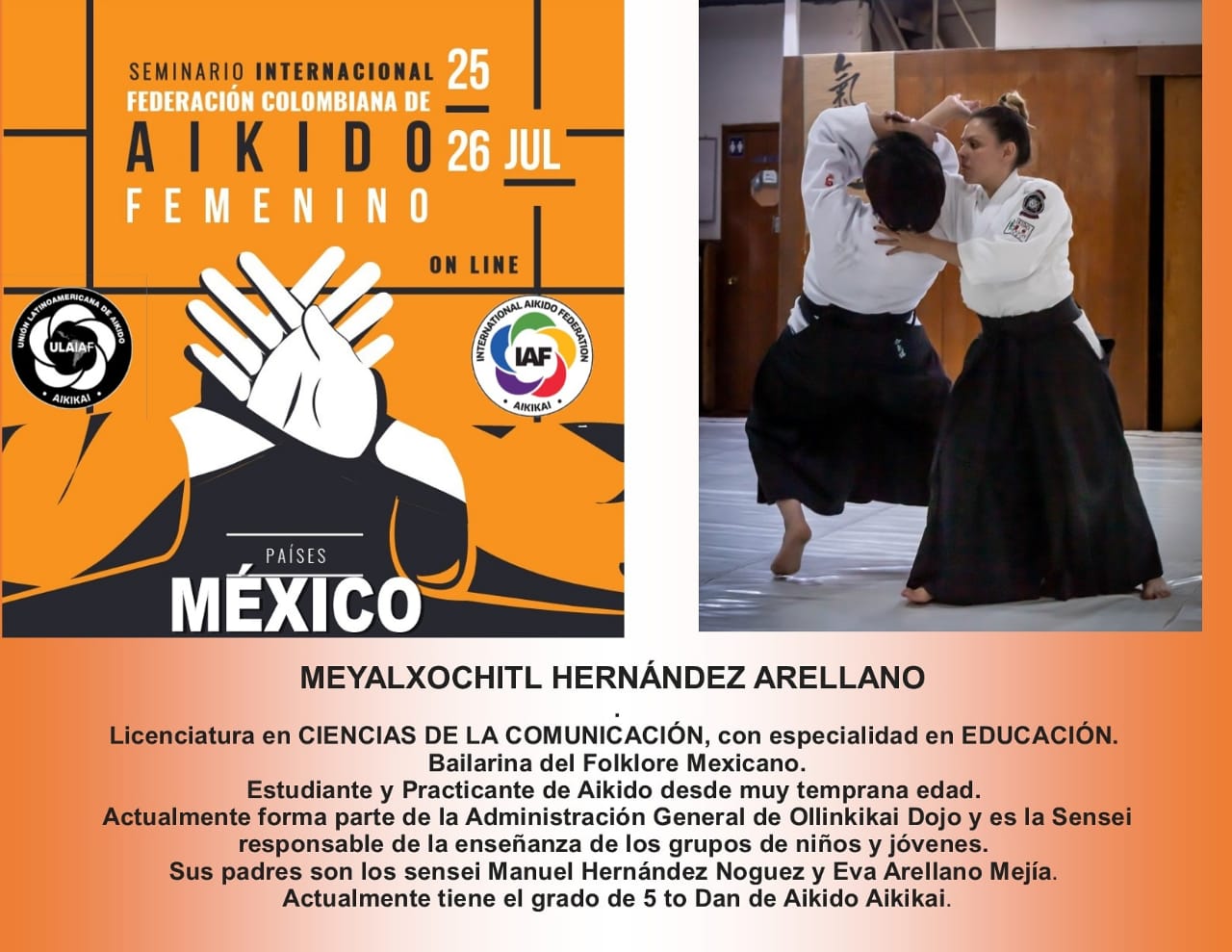 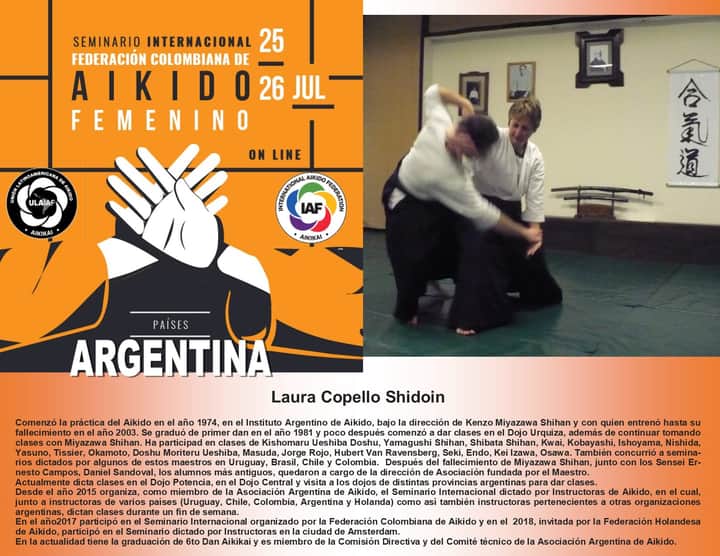 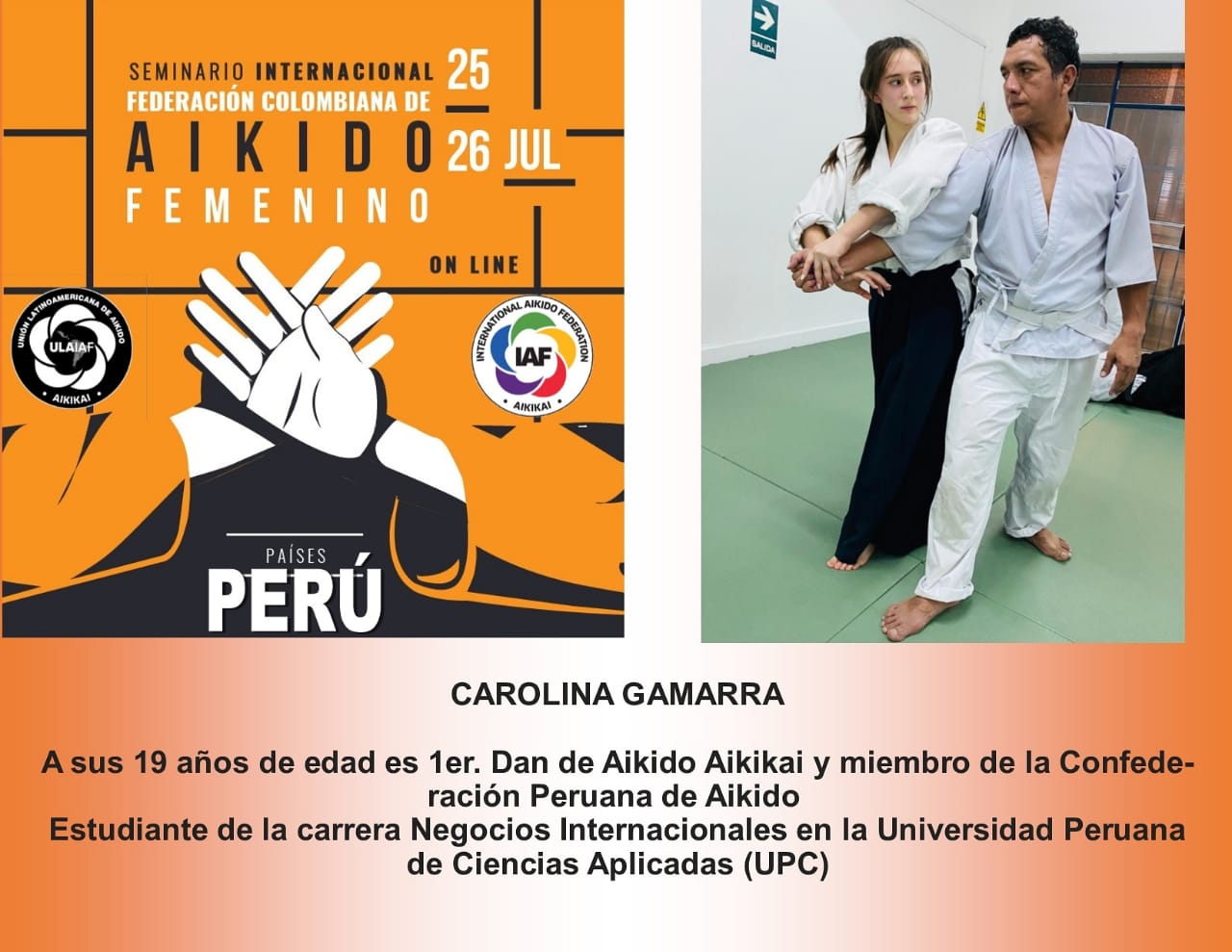 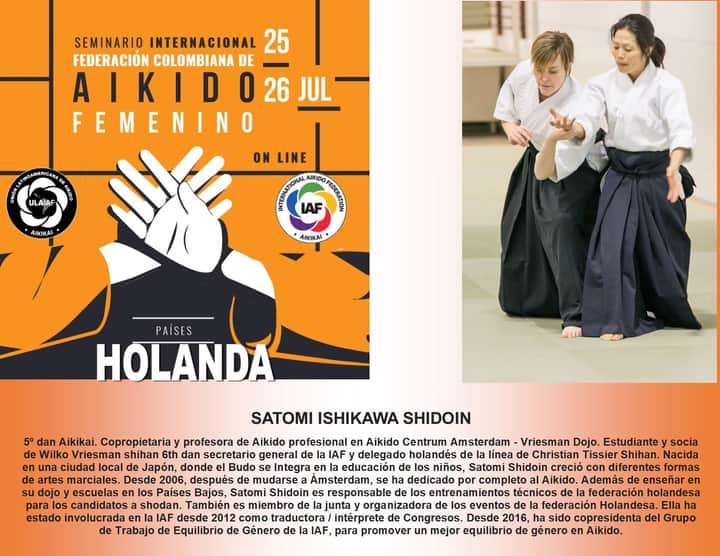 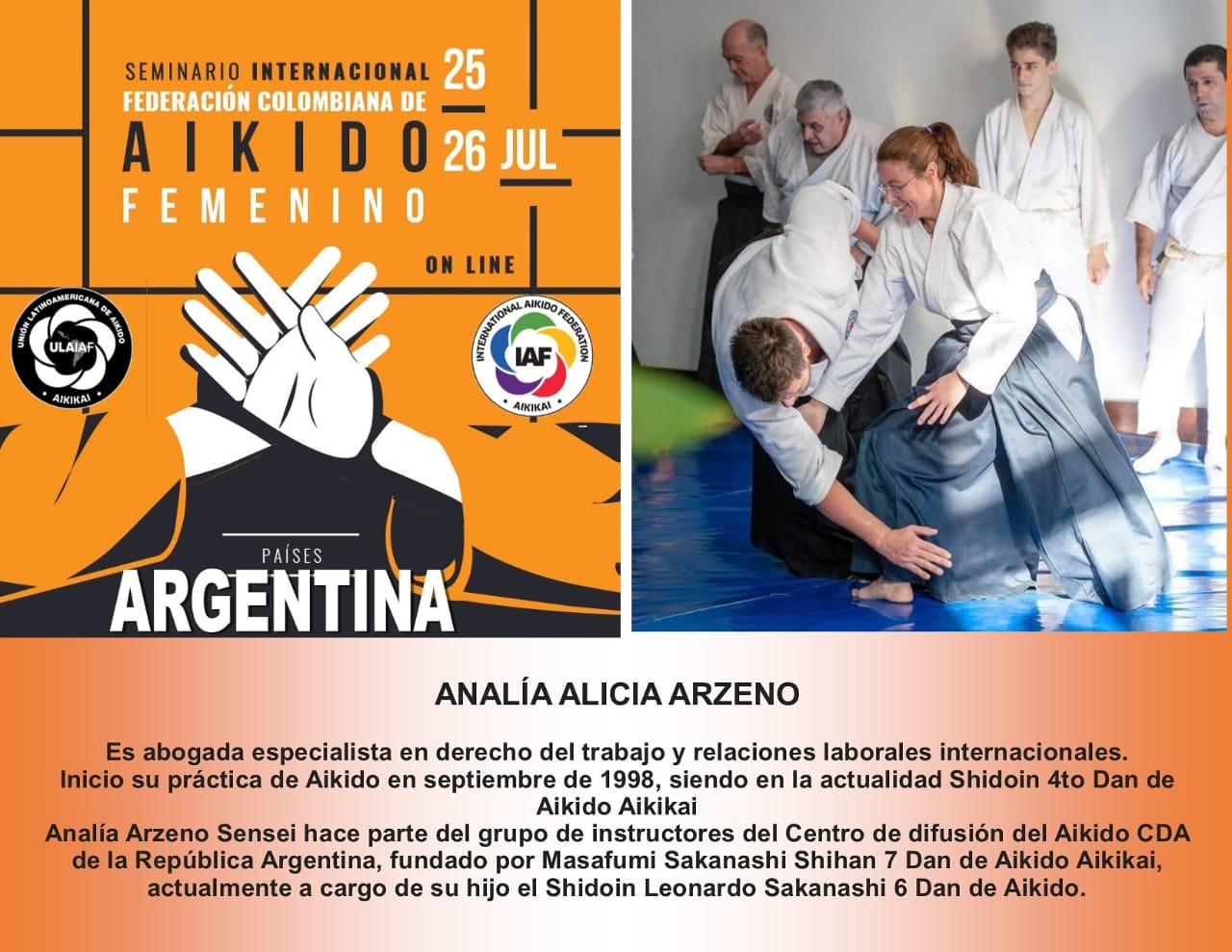 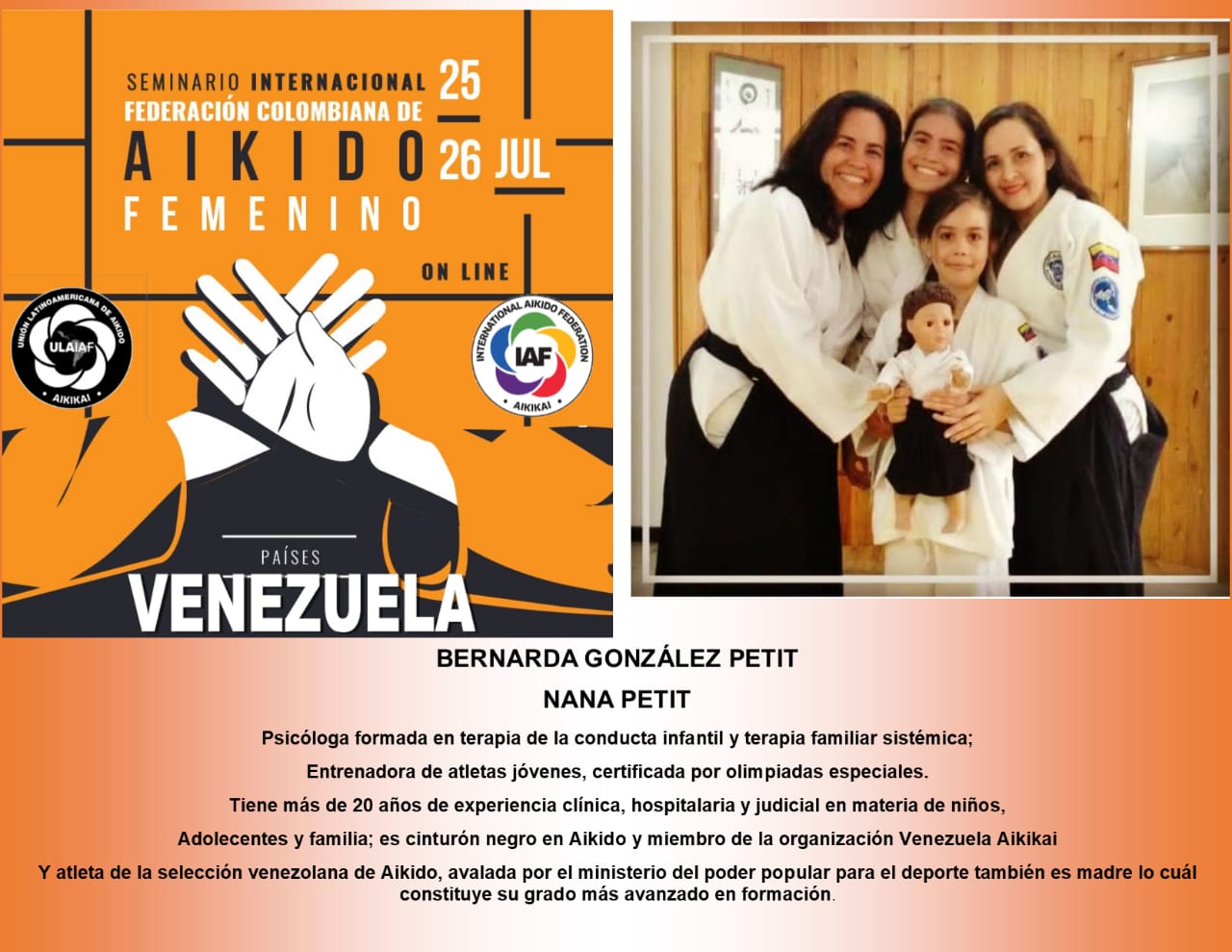